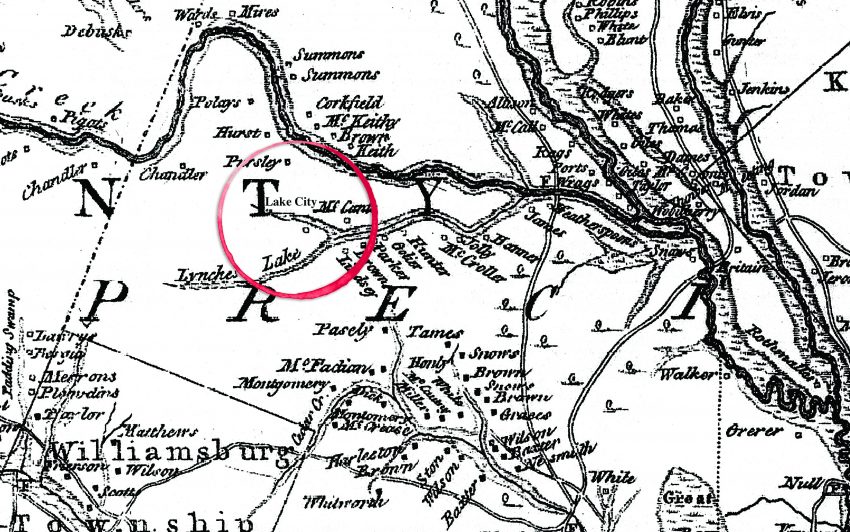 Lake City in the Beginning?

picture and story by Kent Daniels

Lake City, an outstanding agriculture market for a century, first came to be known prior to the Revolution as the crossroads of important highways from two seaport towns – the road from Georgetown to Camden and the road from Charleston to Cheraw.

An inn known as McCrea House on the southwest corner of this crossroads served as a convenient stopping place for numerous travelers, and soon became a favorite place to barter goods.

Sometime prior to 1828, this tract of land came into the possession of Aaron Graham, from whom the original name of the community gets its name, Graham’s Crossroads. It probably would be called by the name of Graham’s or Grahamville today had it not been that there was already a Graham post office in South Carolina when local residents made an application for a post office about 1858. The post office department granted the request and the name of Lynch’s Lake. The two names continued until 1882, when because of the constant confusion of a town of one name and a post office of another, citizens met in the old academy, on the grounds of the Baptist church, to decide on the name for the town. C.C. Bristow suggested the name of Lake City and it was accepted both by the town’s charter and the post office department.

Thus this community for over a century has lived under the names of McCrea House, Graham’s Crossroads, Graham’s, Lynch’s Lake and Lake City. The town itself never was called Lynch’s Lake, only the post office went by the name from 1858 to 1882.

The community, known only as Graham’s Crossroads, presented the appearance of a thriving village. Located there were an inn, a drug store operated by a Dr. Graham (son of Aaron Graham), a gin, a Baptist church, an academy, and slave quarters to the rear of the inn. The drug store was on the northwest corner of the crossroads, the Baptist church on the same location as the present church, and the slave quarters about where the village green is.

The Northeast railroad (now the CSX) was completed here about 1858 and passed several hundred yards to the west of this crossroads.

In 1872, John D. Singletary purchased part of the Graham tract and give it to his daughter Olivia Erwin Singletary. Mrs. Singletary and her husband, Henry Horace Singletary developed most of the present business and residential section of the town. Mr. Singletary did much toward building the business section of the town. In the early 1880s, Lake City’s leading citizens included the late Sam M. Askins and B. Wallace Jones, merchants, and a physician Dr. Middleton Kelly. There was a newspaper known as The Tatler, and three churches, Methodist, Baptist, and Presbyterian. 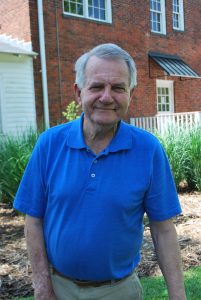 Continue to follow Kent in future issues of Vip as he sheds some light on the history of Lake City.