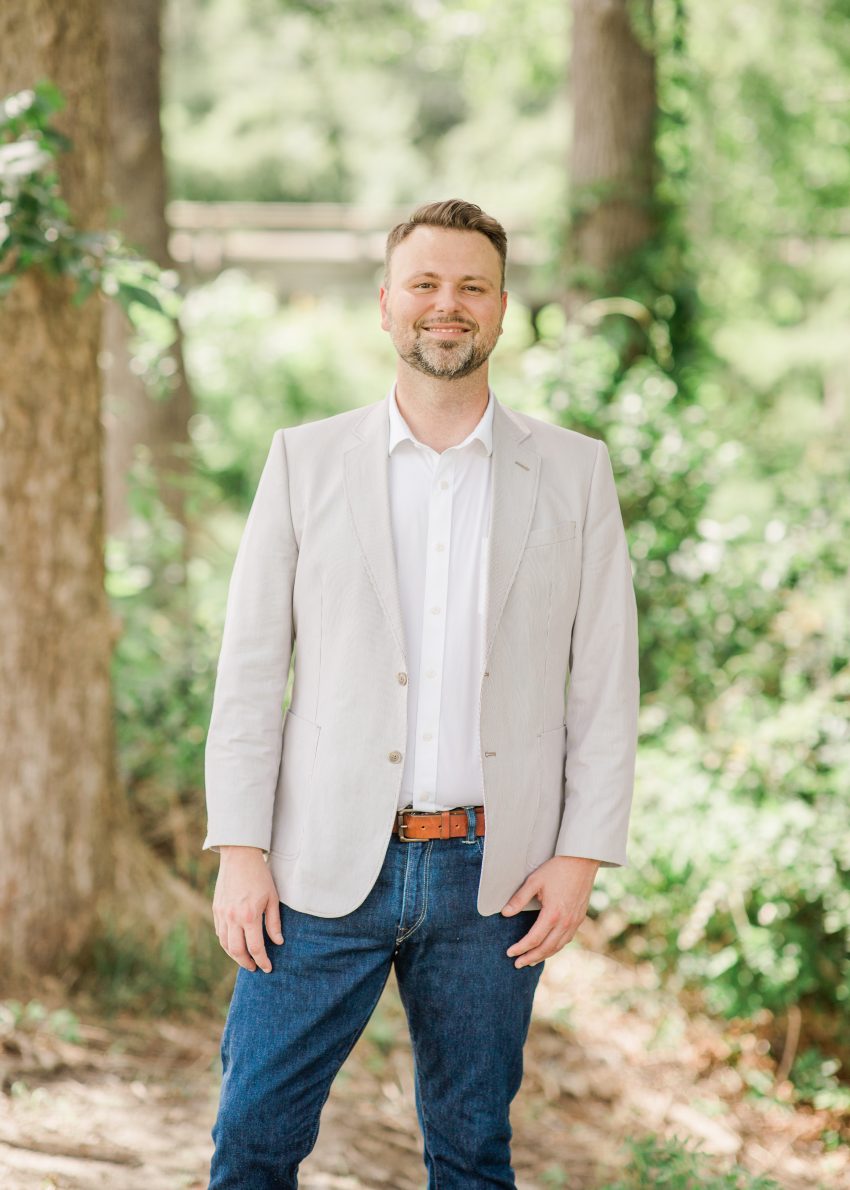 With great power comes great responsibility, and Francis ‘Mac’ McDougal certainly has his share. However, not all heroes wear capes – they teach! Before soaring to success in the field of education, Mac grew up in Lake City and graduated from Lake City High School in 2000. Once he received his diploma, he attended Winthrop University where he studied classical opera. During his college years, Mac was awarded the privilege to travel and sing with the Glenn Draper Singers and the Lake Junaluska Singers throughout England. He later obtained his bachelor’s degree in Choral Music Education K-12 in 2005 and his master’s degree in Choral Conducting in 2006. The learning didn’t stop there, however, as Mac also attended USC and received his master’s degree in Educational Administration in 2014. Today, Mac is attending The Citadel and will obtain an Education Specialist degree in December. After that, Mac will continue his studies at Clemson University where he will enter the EdD doctoral program.

While Mac certainly enjoys learning, he also enjoys helping his students learn. His teaching career began in 2008 at West Ashley High School in Charleston, South Carolina. During his time there, Mac was the Director of Choral Activities, a position he held until 2018. From August to December of 2018, Mac was the Assistant Principal at R.B. Stall High School in North Charleston, followed by a brief position as a Teacher Recruitment Specialist for the Human Resources department of the Charleston County School District, before making a career move back to his hometown of Lake City. Most recently Mac has accepted the Principal position at J. Paul Truluck Creative Arts and Science Magnet School where he looks forward to visiting old friends and making new ones.

Looking back on what influenced his decision to enter the field of education, the inspiration started in the classroom. “Honestly, all of my teachers in Lake City inspired my career. I had multiple music teachers who encouraged my music career: Mary Cagle, Patricia Blackmon, Betty Jean Godwin, Faith Godwin, and Betty Carter. During my time of teaching chorus and piano at West Ashley in Charleston, I had a wonderful principal, Mary Runyon, who I considered a wonderful leader. She encouraged me to work on my admin degree.”

The decision to return to Lake City was a no-brainer for Mac, as he’s all too familiar with the community, the residents, and the students. “I’m finding that some of my students’ parents were classmates. That always makes it interesting for the students when they find out I already know their parents personally!”

According to Mac, J. Paul Truluck is a remarkable school. “I can’t say enough good things about the faculty, staff, and students. Not only do we offer a variety of creative arts and science courses, but our school is also a Capturing Kids’ Hearts program school. We use this program to build relationships with our students.” Mac easily accomplishes this task. “I love connecting with them in the hallways. Walking by during class changes and hearing, ‘Hey, Mr. McDougal’ is such a rewarding feeling!” Mac has plans for J. Paul to make the school even better than it currently is. “As we move to a high school focus, we are looking to create that feel across the campus. We are looking to add canteen/vending machines in one of the hallways. We are restructuring some responsibilities and creating a list so that not only faculty and staff know our responsibilities, but we also know our responsibilities. Clear communication was one of the things requested by the faculty and staff, and that’s what I want to work toward. We will also be implementing Department Heads. These PLCs (Professional Learning Communities) will meet and look at data to determine where our needs are for our students.”

Some days have been tougher than others, such as when Mac arrived at the school for his job at the end of April. “Following in the footsteps of Jeanette Altman – who is a remarkable educator and is loved by the faculty – was challenging. There were so many things that were due at the end of the year, and I wasn’t sure if I would be able to get them done. I thank my amazing admin team and district leadership for stepping in and assisting during the transition. Now that I’ve had the summer to plan, I’ve been able to reflect on the needs of the school and students. I was able to have a reflective conversation with each of my teachers at their end-of-the-year checkout. I used that feedback to drive decisions for the coming year with my leadership team.” And if you’re a teacher who is entering the classroom for the first time this year, Mac shares this advice with you, “Don’t be afraid to ask for help from your fellow teachers, your school leaders, and your administration. Remember to make time for yourself and for your family. They are your greatest treasure!”

It’s not serious all the time, however, as Mac recalls a funny incident from the classroom. “When I was a high school chorus teacher, I had assignments on my SmartBoard. One student raised his hand, ‘Mr. McDougal, can I move closer?  I can’t see. I have Cadillacs in my eyes.’ I replied, ‘Huh? Whachu talkin’ about?’ He said, ‘Yeah, I have Cadillacs in my eyes. I need to move closer.’ I responded, ‘Yeah, my friend, come on up to the front. By the way, I think you mean cataracts.’”

Great power and great responsibility can sometimes bring uncertainty… But not for this great educational leader. If there’s one thing he’s certain of, it’s that he’s right where he needs to be. “I found my niche in life. I found my passion. I am truly thankful to my family, my friends, and my community.  It takes a whole community to raise a child.”