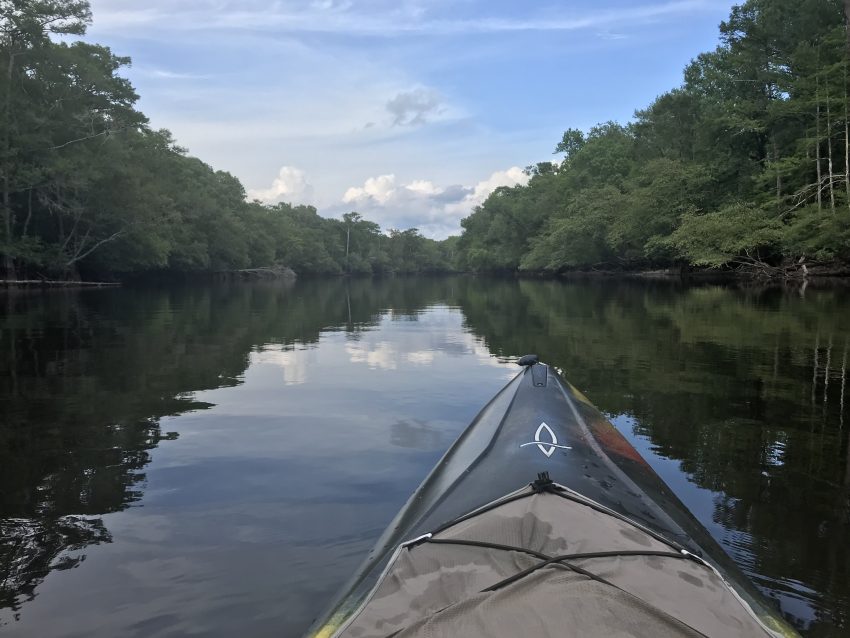 It is no surprise that South Carolina is home to many thriving rivers. Each of them different than the next. Many of you drive over some of the more well-known rivers as you travel throughout the state. I remember growing up driving over the Pee Dee rivers headed towards the beach and I always imagined what it would be like to cruise down the river on a boat or a kayak.

Here recently, I decided to push my experiences further and find a new place to try to paddle. My friends at Naturally Outdoors insisted that I needed to try paddling the Little Pee Dee River. They mentioned that they consider it one of the more beautiful rivers in our state and that it may not get enough credit. I will admit, when I had the chance to finally paddle it, I was not disappointed.

One Sunday, not long after giving it some consideration, I was invited to join a Boy Scout troop paddle down the Little Pee Dee. Having started our drive down there as a group, the road leading there was just as relaxing. Taking Old River Road, we would make our way towards Brittons Neck. That was where we launched into the river. 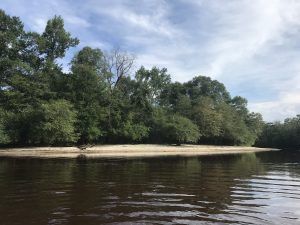 As soon as we made our way towards the landing, I could tell this would be a paddle nothing like any of my other paddling trips. At this point, in front of the landing, there was a small island with lush green cypress trees which cast a shadow over the water in between us and the main channel of the river. We launched into the water and began paddling around what I have come to know as Ducks Island. I was immediately mesmerized by how beautiful the water was. A dark cool and somewhat clear river, the water on the surface was clear as can be but remained a smooth black color as a whole. I was also very enchanted by the lush green trees that covered the river bank. From the first turn to the last, each bend of the river presented a new set of thick cypress and oak trees to fill your soul with greenery.

When the river is lower, there is no shortage of exposed white sandy beaches as well to stop and enjoy a snack. Many of them have very distinct overhanging trees that stretch over the water, reaching for sunlight. Often times too, the water below the beach can be very shallow, turning the water to a dark sweet tea color. In these shallow areas, it is very distinct how the current of the river turns the sedimentary sand into waves of what looks like an underwater desert of dunes. The peaks of these dunes can sometimes be shallow enough to stop your boat.

Despite the number of beaches and shallow areas, the majority of the river remains a deep black channel of moving water. All the while some sections feel as if the water is just standing still to reveal a glass smooth reflection of the surrounding trees.

I remember specifically on one of my more recent trips, that when we arrived at one of the forks in the river, the trees opened up to an area that reminded me more of a lake. The windswept through the wide-open section, rippling the water. All the while, there was a group of boaters, hanging out on a sandbar. Very reminiscent of my years growing up at the lake. 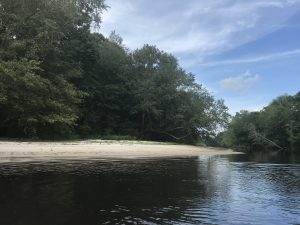 For someone who grew up going to the lake, I feel right at home on the river. I feel much more secluded, and it is very much less busy. One of the things I can say about kayaking, especially this river, is that there never seems to be enough turns and stretches of river to satisfy my thirst for the water. Who knew that a river could calm your soul so well, and make you feel at home. Each time I have returned to the Little Pee Dee, each turn surprises me with new changes.