Don Ellis is always grateful to celebrate another Father’s Day and he has, in many ways, Regency Hospital Florence to thank for that. In 2013, then 67-year-old Don walked into his local emergency room short of breath, exhausted, and generally feeling bad. In quick succession, he developed a fever and went into respiratory distress. He was placed on a ventilator. Eventually, doctors discovered that Don, owner of a heating and air conditioning business, had contracted Legionnaire’s disease. Mary Lee, Don’s wife, remembers hearing the terrifying words when her husband mumbled, “Help me. I can’t breathe.” She remembers asking the Lord at that moment to not let those be the last words she would hear from him.

He spent a month in his local hospital, cycling through rapid heartbeat, respiratory issues and acute renal disease that required dialysis. By August, he stabilized and was transferred to Regency Hospital Florence for added healing and recovery time. He was disoriented, on a ventilator, requiring airway support, and a feeding tube. He was severely weak and had muscle loss in his lower body.

Doctors closely monitored his condition and medication, phasing him off drugs that disoriented him. As Don returned to consciousness, respiratory therapists began to test his readiness to begin transitioning him off the ventilator. Physical therapists also helped Don begin to sit up in bed for extended periods.

Respiratory therapists prepared him to wean by conducting spontaneous breathing trials. With therapists monitoring the ventilator’s settings, the machine gradually reduced the air it was providing Don, allowing him to take an increasing number of breaths on his own. He continued this several times a day until his chest muscles and lung capacity strengthened enough to breathe on his own. Once off the ventilator, respiratory therapy began decreasing the size of his tracheostomy until his airway no longer needed support.

Simultaneously, dietary stepped in to help retrain Don’s throat muscles to swallow food by giving him increasingly thicker liquids until he could handle swallowing liquids and foods. The increased nutrition was important because the disease significantly weakened Don’s lower body. He needed those extra calories to increase his stamina. Over the next month, therapists increased his activity, helping him sit at the bed’s edge, pivot safely, move to a chair and later, into a wheelchair. On Sept. 25, 2013, 32 days after his arrival, Don discharged to the next level of care. Out of bed and in a wheelchair, he was breathing on his own and ready to tackle the several hours of daily physical therapy at an inpatient rehabilitation hospital.

Today, Don has enjoyed being retired. His son, Lee, now runs the heating and air conditioning business. Retirement gives Don the time to whip up an incredible feast, with help from his son, that he brings for the Regency Hospital staff on Thanksgiving. They have carried on this tradition every year since Don has been out of the hospital. Don and Mary Lee are so grateful that Lisa Gibson referred them to Regency Hospital. They can’t thank the nurses, doctors, and therapists enough and have since referred many people to Regency Hospital. They are grateful for their ongoing friendships with doctors at the facility, too. Regency Hospital Florence is also grateful for Don and Mary Lee’s continued friendship – and their delicious turkey dinner. Today, it represents more than just giving thanks, but also the celebration of a healthy life. 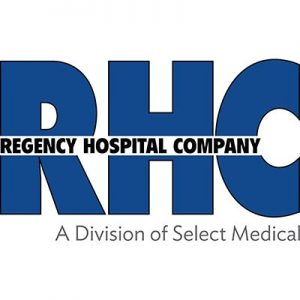