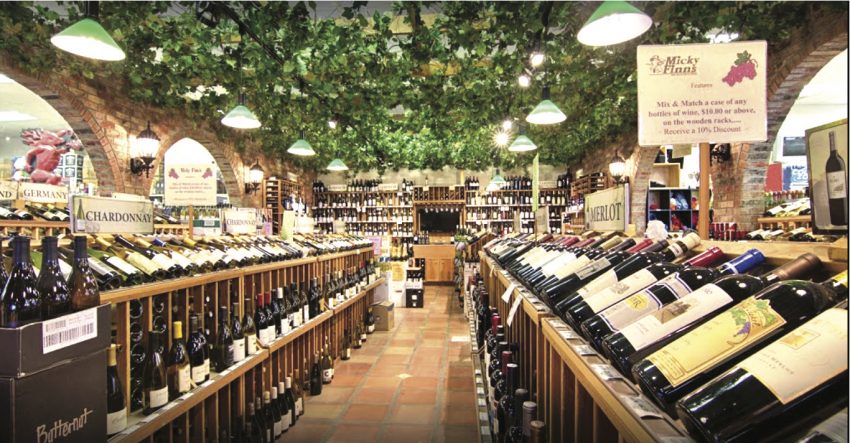 How Rick Havekost Does It All

If you’re packing a cooler for a beach day, planning a dreamy wedding, or unwinding from a stressful day at work, Rick Havekost and his crew at Micky Finns have just what you need to quench your thirst. Maybe even get you out on the dance floor!

In 1999, Rick began fulfilling his dream to offer an untraditional service to the historical persona that surrounded a liquor store. During college at the University of South Carolina, Rick worked at Greens Liquor Store, an upscale beverage establishment. While there, he learned the basic procedures of the business. Shortly after college and a brief restaurant stint that proved to not be his passion, Rick felt he knew what would make a liquor store successful, and just what he wanted to bring back to his hometown.

Upon returning to Florence, Rick and his father, Richard, a retired Nucor Vice President, did a lot of traveling, researching, and exploring to find just what his store needed. Rick had a vision of a nice building with fully stocked shelves that was welcoming to any valued costumer regardless of their gender. “Women control the money and they will only go into stores where they feel comfortable and safe,” explains Rick. “Our options were to build a small building off of a sketchy road and put bars on the window, or we could buy a pristine piece of property in the middle of town and build a 10,000 square foot building with Mexican tile, I chose the latter.” And so the Five Points location in Florence was born. 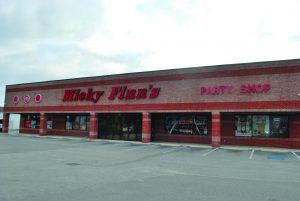 It wasn’t long before Rick was able to open up an additional store on the south side of Florence that was a replication of his store at Five Points. Micky Finns at Five Points soon became the largest top-selling liquor store in the state. In addition to offering top retail selections, Micky Finns dominates wholesale distributing throughout the state. In 2005, state laws changed allowing local liquor stores to distribute to businesses, where in previous years an employee from these establishments would have to pick up their own alcoholic beverages. Rick began to visit franchise owners of Outback, Applebees, The Cheesecake Factory, and many others across the country in order to sale not only to their Florence locations but to every location they owned throughout the state. Rick’s approach was that each restaurant would receive the same low cost, the best and quickest service, and would work directly with him to ensure it stayed that way. This promise won the business of many and Rick’s continued approach at quality service has gained him more success.

This local businessman is currently focusing on quality rather than quantity. Rick plans to expand in the future but is content in where his company stands at the moment. Rather than expanding locations, Rick is focusing on his stores, employees, and family. Rick enjoys knowing his employees. Some have worked with him for 20 years and are more like family. Rick enjoys knowing his employees, their families, and hosting Christmas gatherings at his home. Rick has shown his appreciation for his employees by helping many of them gain their masters or undergrad degrees.

How does Rick do it all?  He has a great support team. His family is his biggest motivation. His father still works with him after initially committing to six months or at most a year. Another superstar of the company is Julia Coleman who is a main player in the day-to-day operations. It seems that one of Rick’s best assets could be his employees. He has a knack for employing ambitious people who aspire to grow with the company.

In addition to being a supporter of several nonprofits in the community, Rick has also been a member of the Florence Chamber member since first opening his doors. He values his relationship there and values the connections available through the Chamber. “In my opinion, one of the Chamber’s most valuable assets is the member catalog that comes out yearly,” he says. “If I’m ever in need of finding a business owner or a particular local service, I reference the member guide. It’s everything I need in fingers reach.”

Micky Finns is well-known due to its intentionality, great prices, stocked shelves, and welcoming staff. When a business runs off these key ingredients, it has no choice but to continue to grow and expand. We are excited to see what this company has in store in the years to come.

*Greater Florence Chamber of Commerce’s Member of the Month 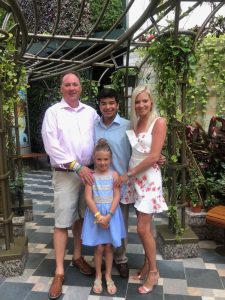