Come March, we will hear all about the corned beef and cabbage to be shared on St. Patrick’s day! This dish goes hand-in-hand with the “Kiss me, I’m Irish” shirts and green beer. It’s both delicious and for some, it may even seem like tradition. Upon planning this month’s recipe, I struck up a conversation with a Chef friend of mine who is of Irish descent. Before this conversation, I was certain corned beef and cabbage was the most Irish dish of Irish dishes. After, however, was another story. Apparently, corned beef and cabbage are rarely eaten for any holiday! To be clear, this is an Irish dish (mostly Irish-American) served during the holiday at the local pub. I now have an issue: what dish should we have on Sunday, March 17th this year?

Going back to my conversation, my friend was generous enough to explain the most common Irish food: Fish and Chips. This is the case because it’s plentiful. During the Victorian era, the working class didn’t have much money and the diet was just plain and unvaried. Italian migrants passing through the small English towns sensed a business opportunity and started setting up Fish and Chip stands. Soon they were all across Ireland, Scotland, and England. In fact, Fish and Chips had become so important to the local people, that during World War II the British Ministers bent over backward to ensure Fish and Chips were one of the few foods that were never rationed. To keep the price down, they were often served in old newspapers. Recently we have seen innovation in this area and the practice of using old newspaper has stopped. This is due to food safety concerns. That’s a good thing!

So go down to your local fishmonger and get a nice piece of fish. I think we can all be proud to serve Fish and Chips this year.

Preheat the oven to 350°F. Slice the potato “chips”. Peeling is optional. Pour the oil into a fryer or a large heavy pan and heat it to 375°F. Mix one (1) teaspoon of Sea salt and one (1) teaspoon of pepper together, then use it to season the fish fillets on both sides – this will help to remove any excess water, making the fish really meaty. Whisk the flour, beer and baking powder together until the texture is almost like whipped cream.

Meanwhile, parboil the chips in boiling salted water for four to five minutes, or until softened, but still retaining their shape. Then drain and allow to dry. Dust each fish fillet in a little of the extra flour. Dip fish into the batter and allow any excess to drip off. Holding one end, gently lower the fish into the oil one by one, working carefully so you don’t get splashed. Cook for four minutes, or until the fish is cooked through and the batter is golden and crisp, then remove to drain.

When the chips are nice and dry, fry in the oil that the fish was cooked in until golden and crisp. While the chips are frying, transfer the fish to a baking tray. Place in the oven for a few minutes to finish cooking – this way they will stay crisp while you finish off the chips.

When the chips are done, drain them on paper towels, season with sea salt, and serve with the fish. A few other things to have on the table are some crunchy sweet pickled gherkins, pickled onions, and tomato ketchup. Then you will want to douse it all with some malt vinegar. 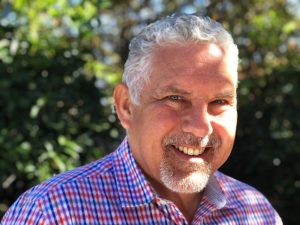