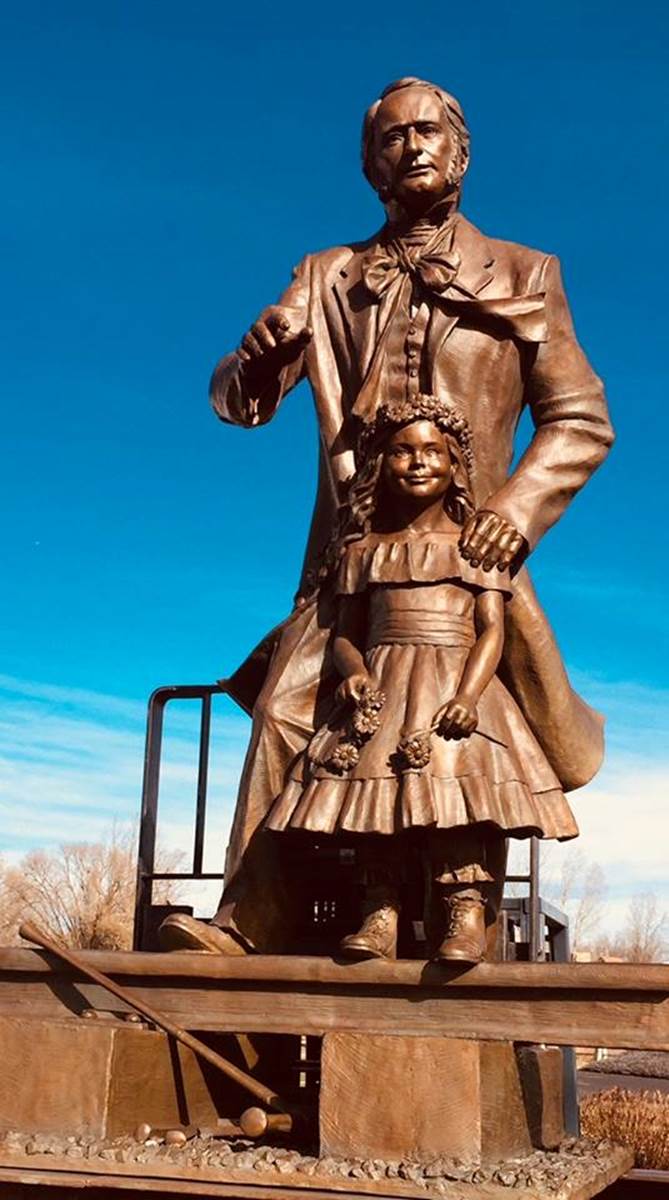 The Town of Florence was founded in the late 1850’s. It was at the junction of the Northeastern Railroad, the Cheraw and Darlington Railroad, and the Wilmington and Manchester Railroad. The town was more likely a village and was located within Darlington County. The President of the Wilmington and Manchester Railroad was William Wallace Harllee. He named the town after his young daughter Florence.

W.W. Harllee has been in the news recently due to the refusal of the Florence County Museum to accept a bronze statue of Mr. Harllee and his daughter, Florence. The statue was sculpted by noted Florence sculptor Alex Palkovich and for the most part has been privately funded.

A few facts about the Harllees: William Wallace Harllee was born in 1812. He was elected a Major in the S.C. Militia in 1837 and promoted to Brigadier General of the militia in 1845. William W. Harllee was a distinguished lawyer. He was admitted to the S.C. Bar in 1834. He practiced law in Marion (Florence didn’t exist at the time) and was elected to the S.C. House of Representatives twice, once in 1836 and again in 1848. He was a successful businessman and railroad promoter. He was the president of the Wilmington and Manchester Railroad when it was built through what is now Florence in the 1850’s. The village of Florence first appears on maps in the 1850’s. The village was named for his young daughter Florence, although the family did not live there at that time. William Harllee was elected Lt. Governor of the State of S.C. in 1860. He was still a general in the S.C. Militia, but he was never a commissioned officer of the Confederate Army. (The Civil War was fought from 1861-1865.) To my knowledge, he never left the state during the war.  After the war, he continued his law practice and interest in politics. He was elected to the S.C. Senate from Marion in 1880 and was the president pro tem of the Senate. He was a political opponent of Ben Tillman and the Tillmanite movement and his participation in political matters ended with Tillman’s election as governor in 1890. He was elected the president of the S.C. Bar Association in 1885 and moved to the by-then prospering Town of Florence in 1889 to practice law. Florence Harllee was born in 1848 and never married; she lived with her family. When William Harllee died in 1897, Florence remained. She was a schoolteacher and lived in a home on the corner of Irby and Pine Streets until her death in 1927.